First, my apologies for my absence yesterday.  I am traveling this week and drastically overestimated the amount of time I would have to sit and get things done.


Second, because I am traveling, I’m going to cheat a little bit today.


If you’ve been paying attention, you likely know that Jamie Dimon, the CEO of J.P. Morgan, has been in the news quite a bit lately.  We may be alone among our ESG-focused colleagues on this point, but we firmly believe that when it all comes tumbling down – and it will come tumbling down – Dimon will bear as much blame for that as any of the other stakeholder/woke financial services CEOs, including Larry Fink of BlackRock.


We have a handful of reasons for believing this and for thinking that Dimon is a menace to society, some of which we will address hopefully next week.  In the meantime, we’ll focus on just a couple of Dimon’s recent pronouncements.


First, yesterday, Dimon warned that an economic “hurricane” is approaching the American economy and some of us may not survive.  This hurricane, Dimon says, is being “caused by the war in Ukraine, rising inflation pressures and interest rate hikes from the Federal Reserve.”


Second, also yesterday, Dimon defended “stakeholder capitalism,” which, he insists, is “not woke.”

In a freewheeling interview at a conference on Wednesday, the JPMorgan Chase chief executive described himself as “a red-blooded free-market capitalist” and said people had misinterpreted his push for stakeholder capitalism as chair of the Business Roundtable.


“I’m not woke. And I think people are mistaking the stakeholder capitalism thing for being woke,” Dimon told a conference organised by Autonomous Research.

As you can see below, the historical record disagrees with Mr. Dimon.  And while he may think of stakeholder capitalism as a wonderful but misunderstood concept, he’s more likely just trying to cover his backside for a record that is patently destructive.  Either he’s not smart enough to see the link between the “stakeholder” movement and the coming hurricane, or he does see the link but is not capable of being honest about its causes. 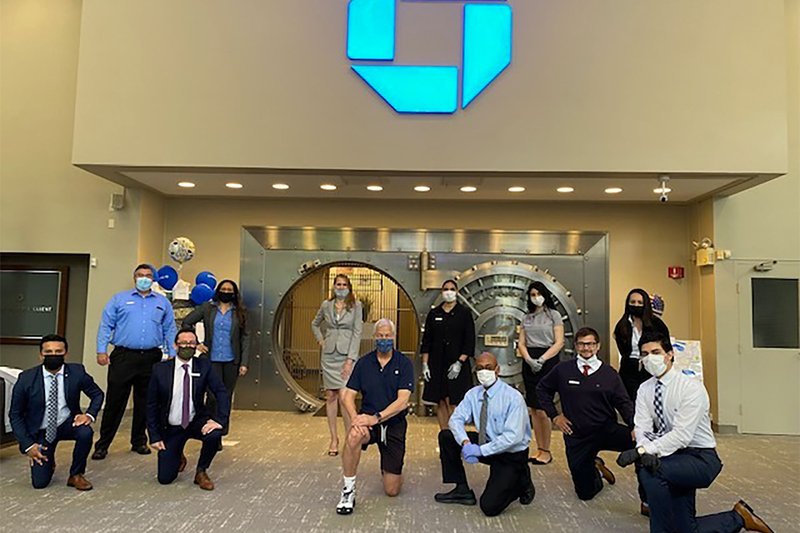 A week or two ago, we mentioned that we were once told by our boss at a former employer that the firm would not tolerate us calling a sitting U.S. Senator an “idiot.”  We wonder what the firm – if it still existed, that is – would think about us calling the CEO of a competitor a “sociopath” and “congenital liar?”


Anyway, this link will take you to our piece on Dimon, the Business Roundtable, and Stakeholders from almost three years ago.  As the hurricane approaches, and as guys like Jamie Dimon begin to warn of “losses,” remember who warned you about “losses” first, and who continues to pretend that he has nothing to do with it.

Steve Soukup is the Vice President and Publisher of The Political Forum.

The Morning Call listens to the Oldies podcast